His subversive humour is tempered by a gently mocking tone and a uniquely charming approach to life. He freely acknowledges his debt to other artists, among them Andy Warhol and Damian Hirst, but rather than emulate them, he riffs on their signature subjects or stylistic quirks, playing with repetition and homage, butterflies and skulls. He is particularly admired in New York where he has painted a mural on the 69th floor of the World Trade Center and was recently commissioned by Ted Baker to create some work for their flagship store on 5th Avenue. He is the subject of a BBC documentary which is currently in the making. Dom has enjoyed a string of sell-out shows all over the world. He has a massive celebrity following including Hollywood royalty Brad Pitt, Angelina Jolie, and George Clooney. His big-name collectors come from all walks of life and highlight the breadth of his appeal – from millionaire socialite Caroline Stanbury and TV personality Davina McColl to neurosurgeon and broadcaster Sanjay Gupta and musician Liam Gallagher 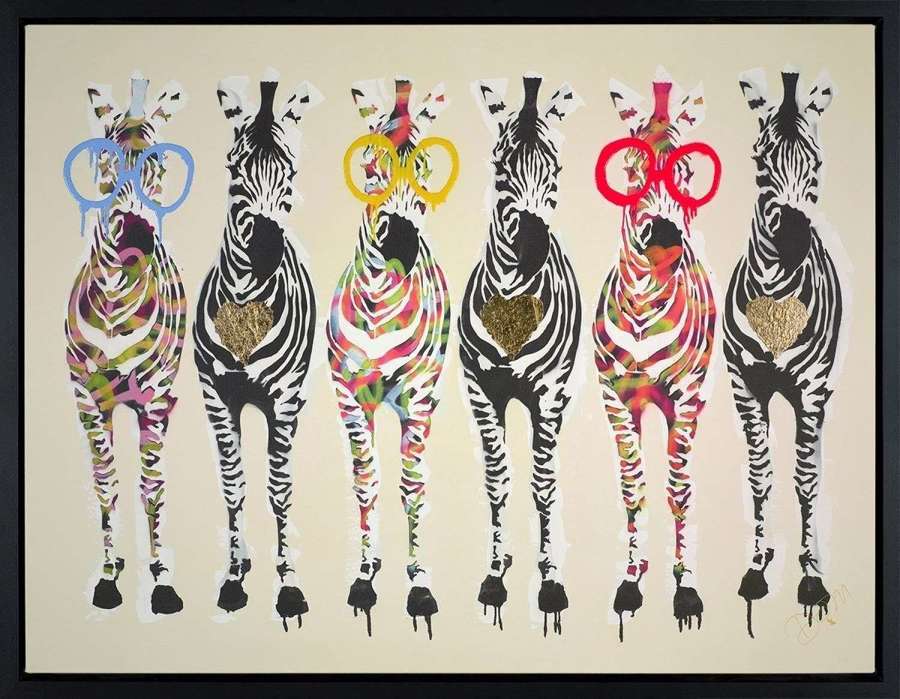 On The March Framed Art Print by Dom Pattinson 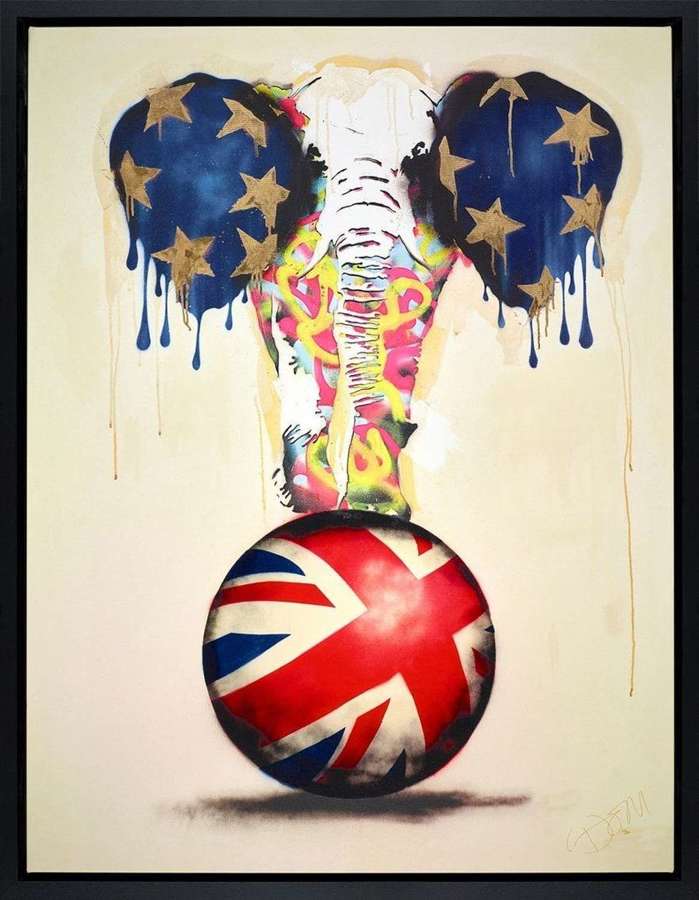