Contemporary Californian painter Henry Asencio has emerged as one of the most intriguing artists on the world stage. His compositional style refers to the classical ideals of figurative painting but merges introspection and visual spectacle with unmistakable modernity. His highly personal investigations of the female figure are characterised by open brushwork, sweeping colour, bold use of texture and great technical precision; qualities that have earned him an impressive range of international accolades. Asencio’s style has been described as abstract naturalism. He graduated with honours from the San Francisco Art Academy in 1998 and won a range of awards and accolades. A native Californian, Henry lives and works in his studio near San Jose, north of his birthplace of Los Angeles. His work is exhibited and collected all over the world.

Prelude to a Treasure Framed Art Print by Henry Asencio 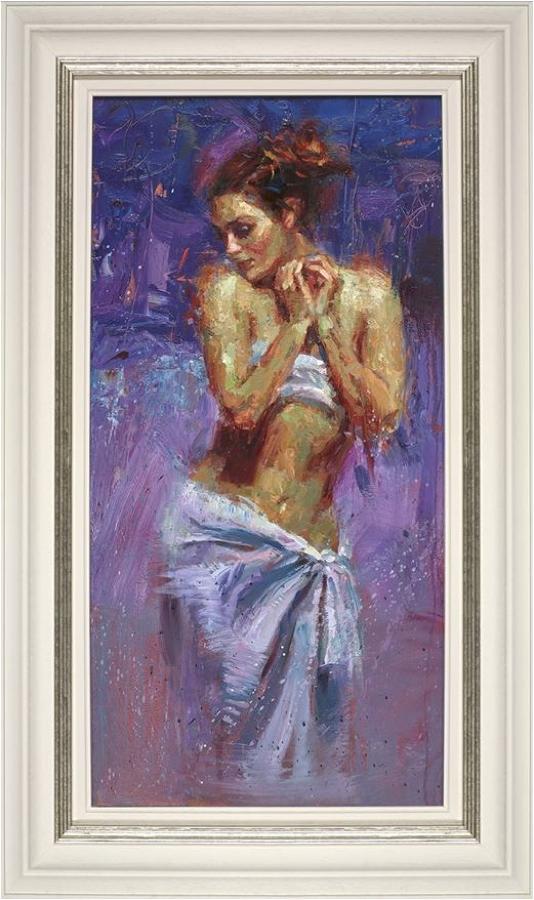 Hand finished and varnished edition of 95 on Canvas Supplied Framed