Steve Tandy is currently being hailed as the man of the moment in galleries around the UK. His quirky and colourful wildlife paintings capture the personalities and character traits of his subjects, making them appear almost human and putting them in settings inspired by the popular culture of the ’50s and ’60s. he often references movie scenes, cars, motorcycles, or paintings of this period, but replaces the humans with wildlife, His uncanny ability to convey human life in this playful and unusual way has seen his popularity soar, and his star is rising both in the UK and internationally. He describes his work as “realism and surrealism with pop art influences”, “I believe Art should either make you think or make you smile, I’d like to think my work does both.” 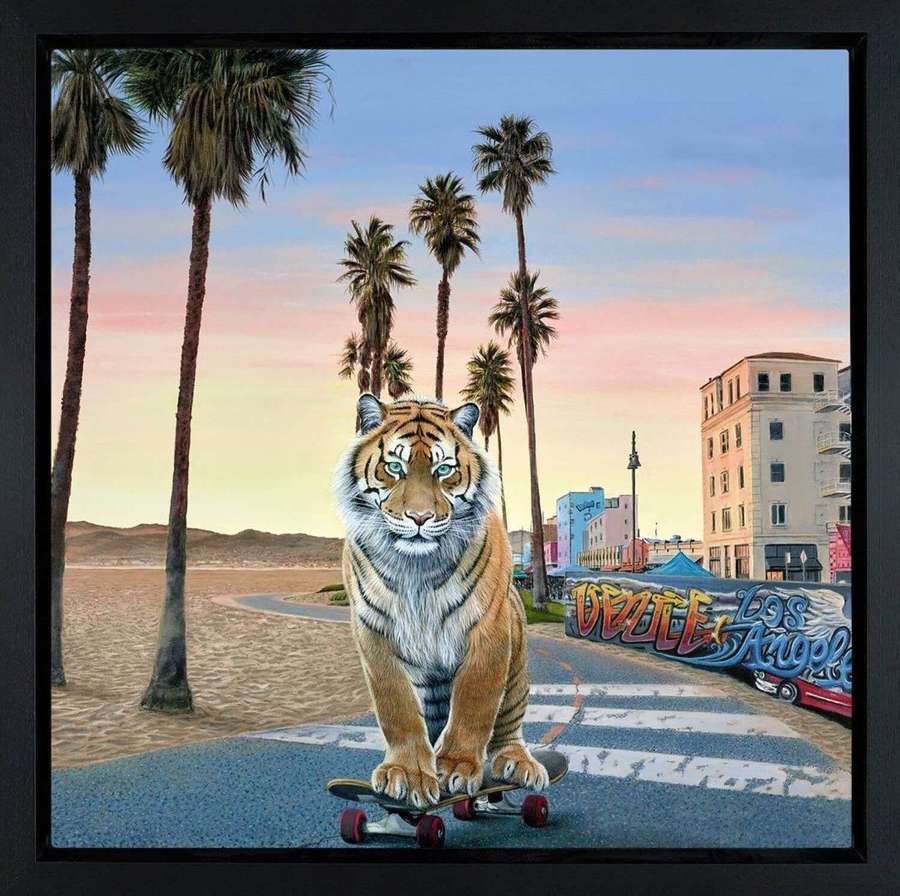 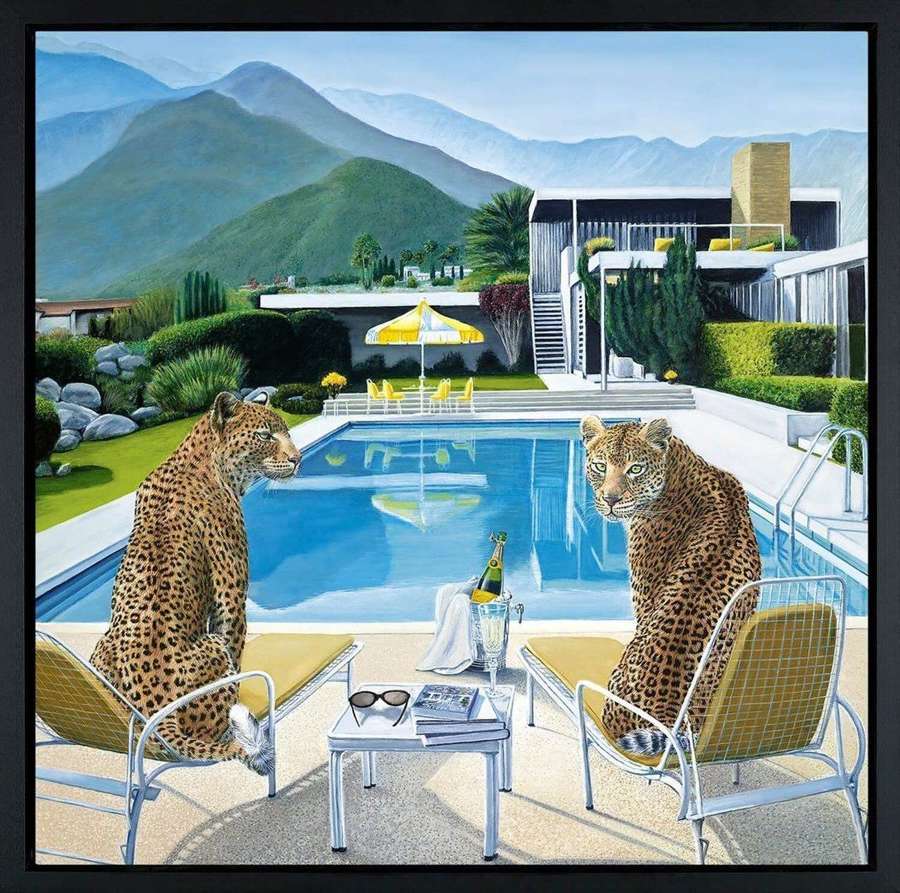 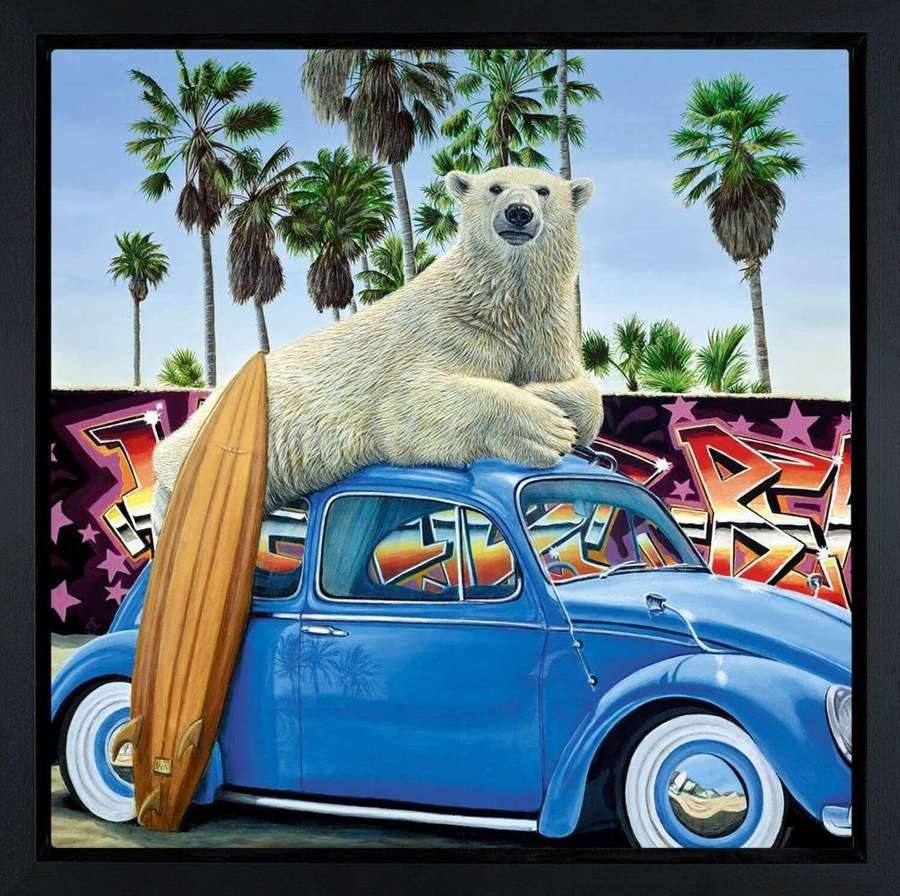 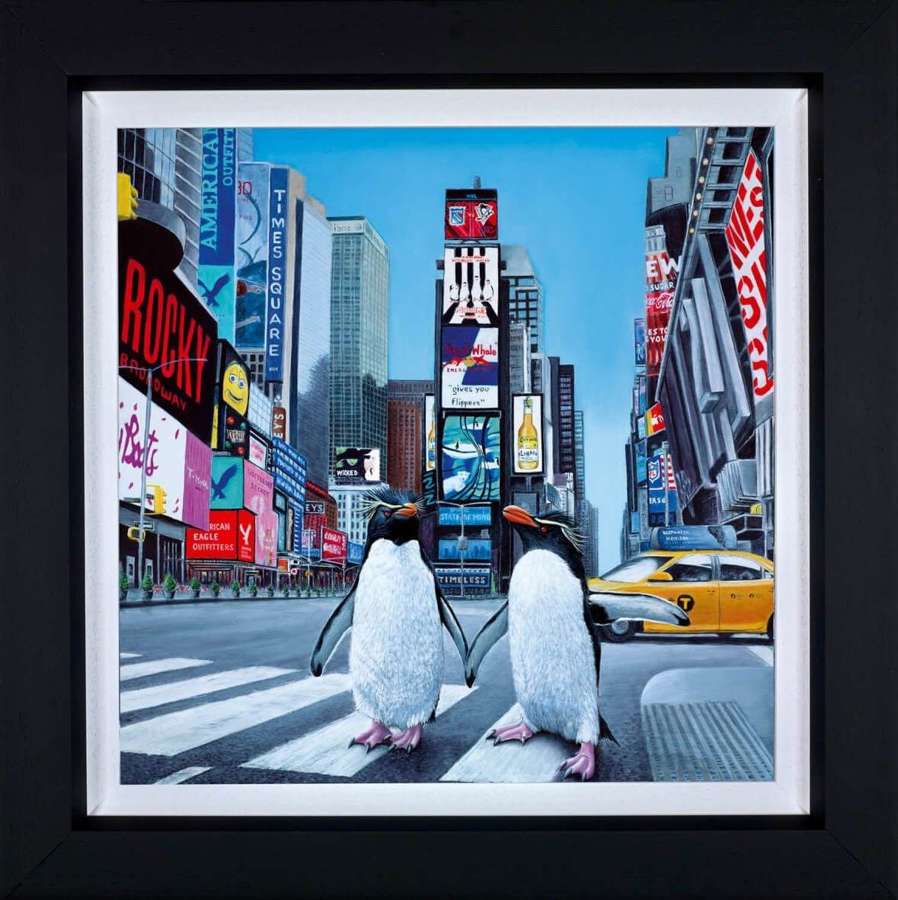 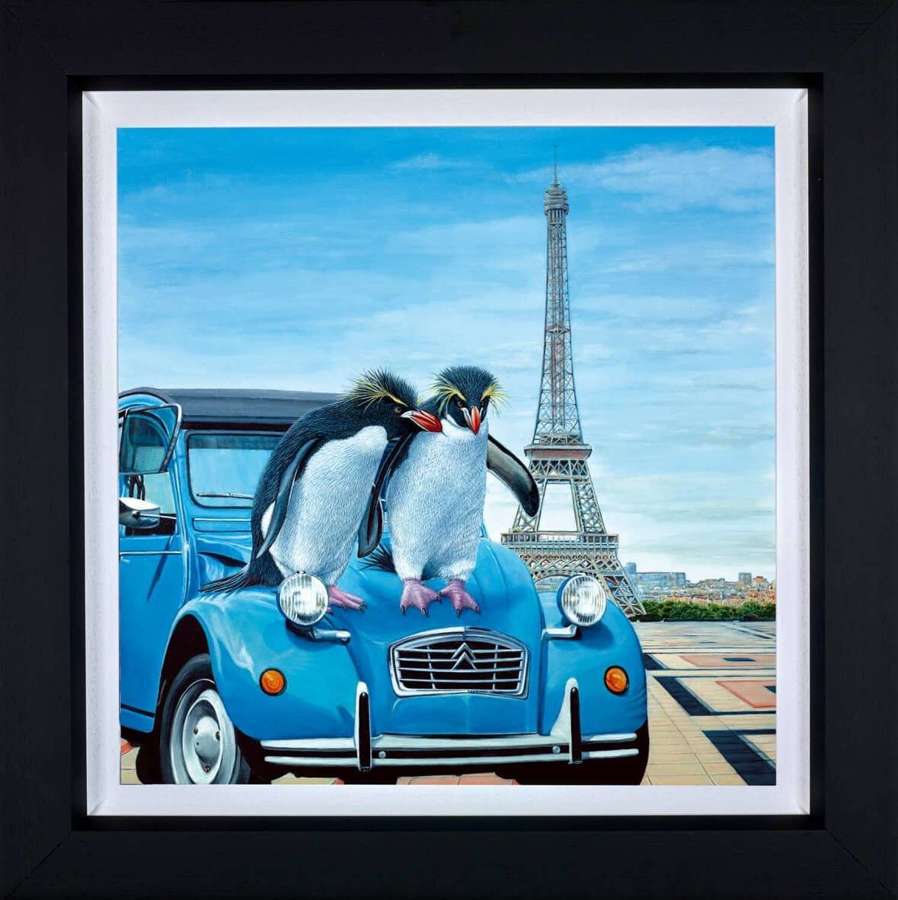 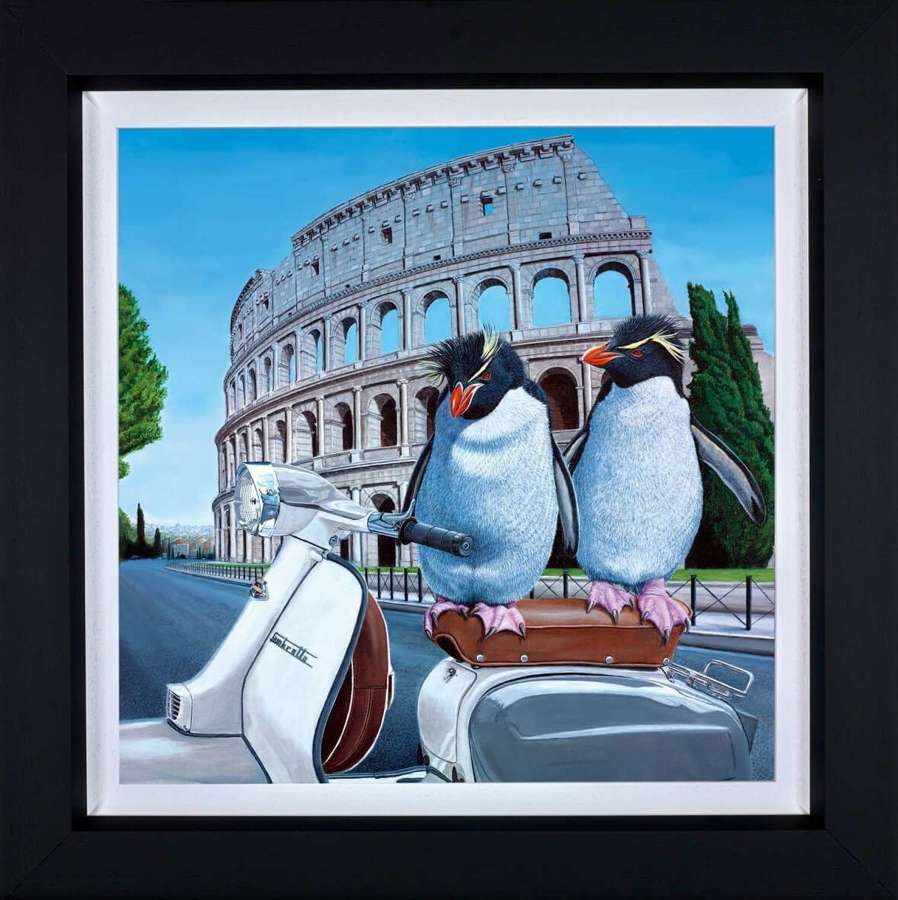